Send link to a friend

Successful implementation of alarm solution at St. Olavs Hospital in Trondheim, Norway after a 3-weeks test period. IHM has delivered the control room software IHM Multi Alert and the connection to Nødnett. St. Olavs Hospital is now saving a lot of resources compared to earlier.

The new alarm solution in St. Olavs Hospital is based on Nødnett, which is the Norwegian TETRA infra structure for police, ambulance and fire. When it comes to alarm of emergency teams, the alarm solution is replacing IP-telephony and pagers. These alarm calls are used in emergency situations, where several professionals must be informed and drafted in as quickly as possible.

The new alarm solution ensures that this is possible and consequently precious time is saved and when all comes to all human life is saved as well.

In the summer of 2014 St. Olavs Hospital got their own base station, which takes care of the radio communication to the whole hospital. The signals from the net are able to reach the most remote corners of the hospital - also the underground corridors. If the local base station fails, coverage is still intact in large areas of the hospital, as signals are received from other base stations in Trondheim.

With the new alarm solution the operators of the control room experience a much easier working day. Firstly, operators are able to alarm several staff groups at the same time. And the receiver of the alarm just presses a button to confirm receipt of the message. Secondly, it is possible to clarify the alarm message, as the display of the mobile radios may contain up to 120 characters.
Finally, the alarm solution facilitates one-to-one conversions and group conversations.

The operator is offered at number of effective actions:

Before the new alarm solution was taken into use alarms were sent to the pagers of the emergency
teams. The receiver of the alarm had to call back to the control room to confirm receipt. As up to 15 persons can be involved in a emergency alarm, it goes without saying that it could be a very slow process.

IP telephony will still be in use at the St. Olavs Hospital. But when it comes to urgent, life-threatening situations, that demand reliable and effective action, only the new alarm solution is able to do the job.

St. Olavs Hospital is a university hospital for Central Norway. The building of the hospital will be finalised at the end of 2015. The hospital covers an area of 197,500 m2. Patient treatment, research and education are incorporated functions. The hospital is placed at Øya, which is situated in central Trondheim. 9726 employees are working at the hospital.

Service and Support 24-7 all year 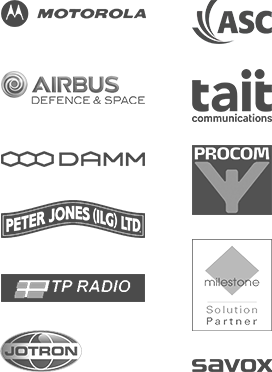 > Plus Coverage for pagers

For you who are interested in news, trends and current cases in your industry.

Complete the form below and we will contact you promptly.